Vietnam is a historic county with ancient traditions and a natural beauty that attracts travelers all around the globe.  Some of its beautiful sites include the green rice field in the north, Mekong Delta in the south and other historic attractions and old temples. If you are planning a trip to Vietnam and yet undecided on where to stay, you need not worry. Asiapacifichotels.com.au offers visitors the chance to choose from a wide range of hotels at an affordable pricing.  You can pick from luxury hotels to hostels and budget hotels. Having sorted the issue with accommodation, let’s catch a quick glimpse of some of Vietnam’s exciting attractions.

The “Bay of descending dragons” is a wonderful site to behold, located in the North of Vietnam; its spectacular seascape of limestone pillars is formed by thousands of islands topped with thick jungle vegetation. Some Islands have big caves while some others have lakes or floating villages of fishermen. It is Vietnam’s top tourist location

Situated in Southern Vietnam, this is a luxuriant area where the Mekong River is emptied into the sea. It is covered by rice fields that accounts for half the total of agricultural output in Vietnam. The roads are often inaccessible, so people move around via the rivers instead. 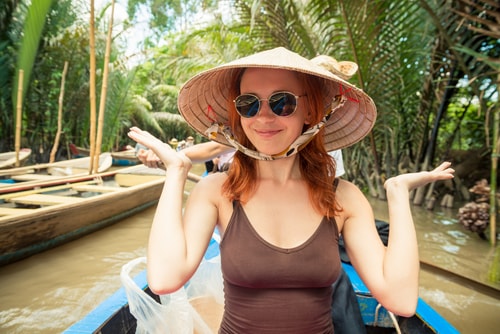 From a small fishing village, Mui Ne has now become a famous location for kite and wind surfing in Vietnam because of its strong sea breeze. The sand dunes with its vast sandy expanse which is just a short distance north of the town is another interesting view you wouldn’t want to miss especially when the sun sets.

Located in North West Vietnam, Sa Pa town is close to the Chinese border. Rice terraces are seen between Sa Pa town and Fansipan Mountain. The Hmong, Giay, Dao, Tay, and Giay, are local mountain people who grow vegetable, rice and corn in the area.

Welcome to the largest Island in Vietnam with great beaches, primitive tropical forests and intact coral reefs. According to ABC News, Bai Dai, a long beach on Phu Quo is one of the five beautiful and clean beaches.  Make sure you try out the fermented fish sauce or nuoc mam, you won’t find a better sauce anywhere in the World.

This is one tourist site located at the South China Sea that used to be a fishing village but became an international port in the 16th century. However it is no longer an active port, as serious shipping have been transferred to the city of Da Nang. With its Chinese styled shops and winding lanes, the Old Town still remains the City’s centre. It is commonly referred to as the “Venice of Vietnam” because of narrow canals that run through some parts of the city.

With its beautiful scenery, the Han Kiem Lake located in Hanoi is one the favourite leisure spots of the locals.  Legend have it that the king, Le Loi was handed a magical sword by the Gods to chase off invading Chinese and the sword was returned to the Turtle God in the lake, giving the lake its named which means “returned sword”.