Beijing is home to some of the best-known and truly spectacular tourist attractions in China. This cultural, economic and business hub is a great place to start your acquaintance with this amazing country as Beijing has many airline, road and railway connections to the rest of China. Yet there’s plenty to see in Beijing itself as it houses majestic historical monuments and boasts one of the most beautiful squares in the world. The article is written for asiapacifichotels.com.au.

The Square of Heavenly Peace is one of the biggest squares in the world and can host up to one million people. Built in 1958 to commemorate the 10th anniversary of the Chinese Republic, it has since become a truly symbolic place for millions of people. Visit the Tian’anmen Gate which has once served as the entrance to the Imperial City, the Chairman Mao Mausoleum, where you can observe the body of Mao placed in a sarcophagus, and the Monument to the People’s Heroes, a spectacular obelisk built with 17,000 pieces of granite and marble.

The Imperial Palace and the Forbidden City 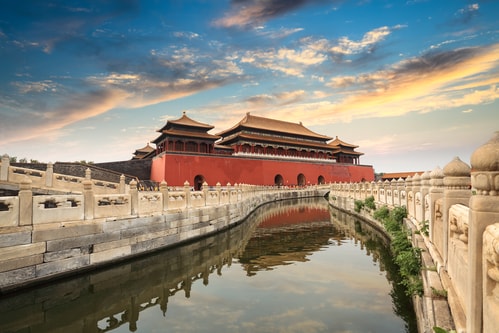 The spectacular Imperial Palace dates back to the 13th century and is considered one of the most prominent buildings in China. During its course of history, the Imperial Palace has housed 24 Emperors of the Ming and Qing Dynasties. Ordinary people were never allowed inside the palace, thus it got the name ‘Forbidden City’. It covers the territory of 720,000 square meters and is surrounded by a wall that’s 10 meters high.

Visit one of the oldest Imperial gardens in the city as you travel a bit from the Imperial Palace. These amazing gardens originated in the 10th century and have been attracting hundreds of people with its beautiful and tranquil atmosphere ever since. In Beihai Park you should definitely visit the Hall of Enlightenment with its white-jade Buddha statue, the majestic Round Fort from the Yuan period, the exquisite White Pagoda and Mei Lanfang’s Living Quarters.

Head to the east of the city and visit the fortress-like building of the Beijing Ancient Observatory. Built in 1442, it remained active for centuries up until 1929. Today it is considered one of the oldest observatories on Earth. Inside you will find many exciting pre-telescopic tools and instruments as well as the 18th-century globe with planets known at that time.

Visit one of the oldest temples in China that was build centuries ago around 645 AD. Also known as the Source of Law Temple, the Fayuan Temple has witnessed many of Beijing’s most important historic events. It even became a prison for Emperor Huizong back in the 12th century. Today the temple is home to the Buddhist Academy, one of the most important educational institutions in the country. The temple also houses ancient stone inscriptions from the 7th century, the Mahavira Hall with its incredible statues of Buddha, and the magnificent Hall of the Kings of Heaven.